PROVIDING PEACE OF MIND FOR THE MOBILITY CHALLENGED

Mobility Roadside Assistance™ wants to be the best roadside assistance program in the United States and Canada, focused on mobility challenged individuals and their families. We want to be your go-to provider for mobility roadside assistance. Your safety is our priority.

As a Mobility Roadside Assistance client, we will never leave you stranded on the side of the road again. Your peace of mind is our primary concern – and not just your peace of mind but the peace of mind of your passengers and your loved ones as well. We believe when we fulfill this vision we will not only earn your loyalty for now, but hopefully for the rest of your life.

Mobility Support Solutions™ started quite by accident in the fall of 2013.

Making a visit to the VA Hospital in Seattle, I happened to be sitting next to a gentleman in a wheelchair missing his right arm and leg. We got into conversation and I found out he lost them in Desert Storm in the early 90’s.

As most men do we got to talking about what we do, and I told him I was in the “Emergency Roadside” business. Right away he shared that he had used a service like that a few weeks before, and it worked fine picking up his van, except that it left him stranded on the side of the road. I was shocked by this. He stated he had to wait for his wife to come pick him up after a couple of hours. Fortunately, he was able to make it to a safe place in small strip mall nearby in his power wheelchair.

Our conversation ended when he left for his appointment. Another gentleman sitting just across from us in his wheelchair overheard us talking and said that that was one of his greatest fears. He was concerned about his young family, saying he could take care of himself, but what about his wife and three children.

Well, that really got my wheels turning, and as I researched the internet for something that would help veterans with these kinds of needs, I found nothing with a nationwide reach, and knew I had to develop something that provided paratransit and well as the normal emergency roadside benefit.

I also found in my research that there are at least 4.5 million people in the United States alone in wheelchairs and scooters, followed by another 50+ million that have a disability sticker in or on their vehicles, many whom could benefit from this kind of help.

Seeing a great need, I started researching how I could help and found only one provider willing to take on the risk. Since then we have rescued hundreds of people and their families who find themselves stuck on the side of the road and in need of Mobility Roadside Assistance™. We have received countless thank you letters from people who would have otherwise been left stranded on the side of the road as that gentleman I met at the VA Hospital in Seattle was. We find immense pride and satisfaction knowing that we have helped make a difference in assuring people’s safety in their own time of need.

The rest of the story is still being written… 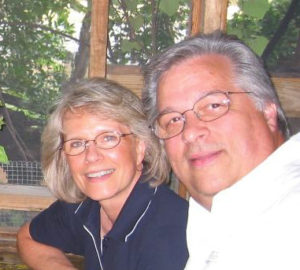 With over 40 years of experience in the automotive, trucking and insurance industry, Jim’s list of accomplishments are extensive. He has collaborated with financial giants such as AIG, Virginia Surety, Warrantech, Lloyd’s of London, Interstate Warranty, and several others along the way. His business acumen includes new product development, sales, training, and implementation of national roll outs as well as individual merchant’s placements. He has represented regional and national programs in the automotive and trucking arena, with warranty, gap, credit Life and disability, and other industry programs serving to always maximize the loyalty of their clients.

Headquartered in the Seattle area his whole career, Jim has nurtured several organizations and has been an early adopter and a large proponent of electronic transactions. He has led the charge by developing a national footprint specializing in niche opportunities for the insurance, banking, and membership markets.

Additionally Jim has served on local, national, and international boards of non-profits. He has a passion to help marriages and families be stronger locally and throughout the world. Having served on the executive board of 2=1 International has fulfilled another passion of Jim’s by travelling all over the world from Africa to India. Jim and Kathy have over 40 years of experience to share with others to strengthen their marriages so that they too can say we are “Married 4 Life”.

Marcus loves spending time with his wife Kasey and their 3 children Avery, Asa, and Axton. Marcus enjoys Family, Faith, outdoor activities, being a foodie, all things sports – especially University of Michigan sports – and a great cigar and ICE CREAM! Serving the Adaptive Vehicle and NEMT community has become a life’s passion, work and mission for Marcus, one he hopes will effect positive change and facilitate awareness and growth for this amazing community of Veterans, Families, Individuals and Businesses we all serve.

Don’t get left on the side of the road. We are here to help you. We won’t leave you stranded. Whether your trouble is with your vehicle, your wheelchair or your scooter, we’ll not only get you to safety, but your passengers too.

Accessible Transportation services will be provided to the occupants of your disabled vehicle. Maximum transportation benefit includes 25-mile distance without charge.

Mobility Support Solutions also offers coverage for Class 1 and 2 vehicle fleets up to one ton.

I had an experience with 2 flat tires at the same time. I had a spare for one but not the other. I called Mobility Roadside Assistance, that I had purchased a contract from in March of 2014, never expecting I’d have to use the service. I explained my dilemma to the operator at Mobility Roadside and he asked me if I was alright and if I needed any other help than my tires fixed. I explained I was in my wheelchair and had my wife and son with me. The company called a paratransit company and they picked us up at the same time the tow truck took our vehicle to a tire shop within 10 miles of where we were. The van dropped us off at the tire store and everything was paid for by Mobility Roadside. We were back on the road within 2 hours all toll, happy that we had decided to purchase the roadside contract.
Bob G
I ran my van into the median and could not get out of my van dew to the mud and water soaked ground I was stuck in and because I was in my wheelchair. The state trooper wanted to call someone he knew to come and get me out of my predicament, and pull me back on the highway. He told me it was going to cost a few hundred dollars and I remembered I had the Mobility Emergency Roadside contract. I called them instead, told them my issues and they dispatched a tow truck that got to me within 20 minutes and even beat the other tow truck that the trooper called for the other damaged units in the wreck. I was on my way in about 45 minutes’ total.
Bunny F
I could not have been more pleased with the service I got from Mobility Roadside Service. They directed a tow unit to our location in North Idaho, when we ran out of fuel. I felt foolish having to call for such a thing, but I did remember I had a Roadside contract. The tow truck brought me $10.00 worth of fuel and then helped me get my van started which took considerable time for some reason. I paid the tow truck driver for the fuel with a $20 and told him to keep the change and have a beer on me. All of this happened with in a little over an hours’ time. I’m one grateful disabled person and glad I purchased this plan with my new van when it was offered to me. I had such a good peace of mind.
Mike H